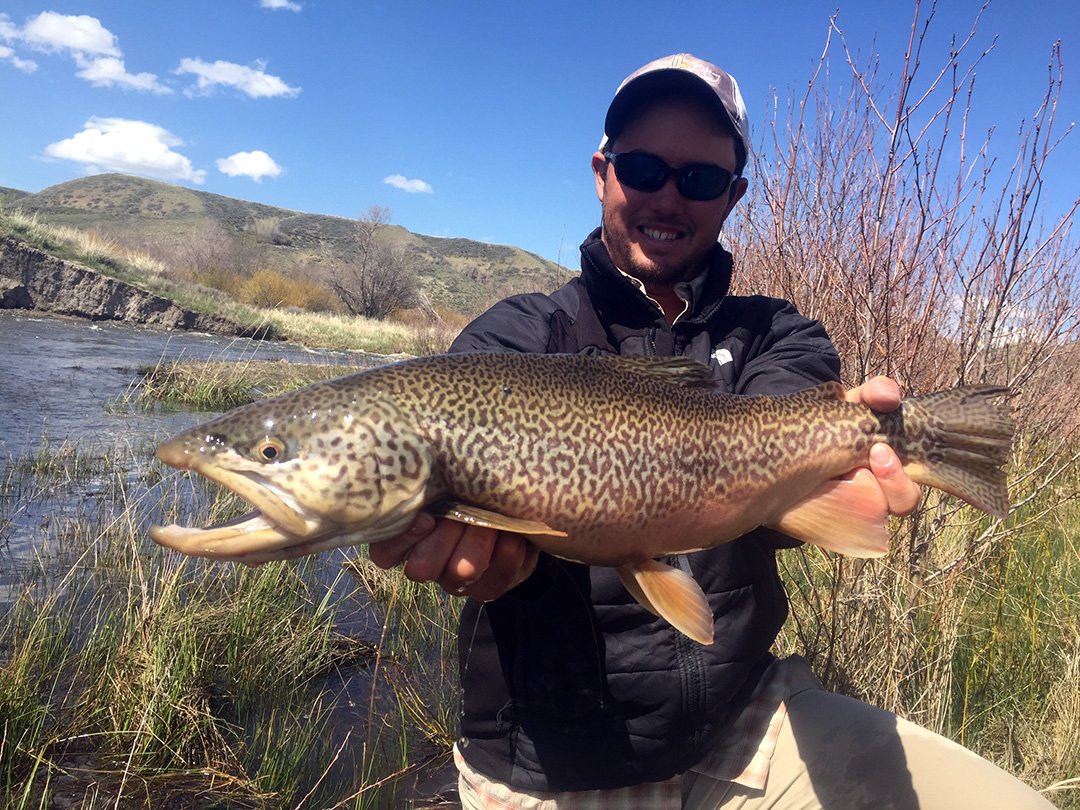 John is a fifth generation Saratoga native. Growing up on one of the areas, guest ranches allowed John to begin guiding at an extremely young age. As a youngster he spent most of his summers fishing the ranch’s dry fly creek. Even before he was a teenager he guided the creek as the need arose. After years on the creek he graduated to floating the Upper North Platte with a driver’s license in hand. This early start helped him compile much more experience than the average guide just under 30. He has guided as far north as the cold rivers of remote Alaska and fished as far south as the warm water flats of the Gulf of Mexico, but has always found his way home to the North Platte Valley.

Johnny is a young, fit, aggressive guide who bears the experience of a much older man. He will use his knowledge of the river to fish where the hooking up happens and move the boat quickly in the slow spots. You will easily identify the former wrestler and Marine in him as he rows.